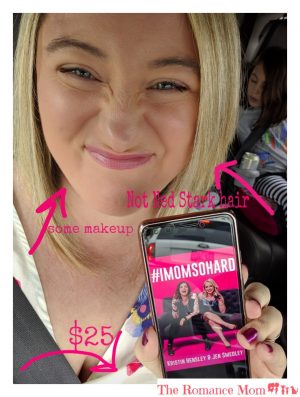 Buy the Stupid Shirt: A Self Care Story

I’ve been wearing the same pair of yoga pants for the last three days.

My hair is an air-dried snarl of frizz tossed half-up into an unkempt blob of a top-knot. Honestly? I look like Ned Stark with boobs. I’m frazzled and exhausted and struggling and utterly frumptastical. You are safe in assuming that I am not exactly an expert when it comes to self care. But I’ve realized something. Something that sucks.

In fairness, I come by my cheapery honesty. My mom is likely the single most selfless human being on the planet. Like…to a fault. When I was a kid she NEVER spent money (or time) on herself. Never. I was raised in a blue-collar, working-class household. My dad worked his ass off, usually 12 hour shifts and sometimes through the weekends if the overtime was there. We certainly never went without. But let’s just say that we know our way around a clearance rack. And even though my financial situation has long since changed, well, bargain hunting? It’s a sport. And I am a thoroughbred champion. Bred for glory. But that’s not what this is about.

That awful thing that I realized is this: I won’t buy a shirt for myself if it costs more than twenty dollars.

Even if I really want it. Even if it’s perfect for me.  Even if a choir of angels bursts out of the clouds to sing a Hallelujah chorus because it’s the shirt of dreams. It’s not about money. It’s about me. Because I can afford the stupid shirt. I can afford ten of the stupid shirts. So do you know what that means? It means at this juncture of my life, to me, I am not worth a twenty-five dollar shirt.

Part of getting seen, of being recognized as a person in the world, is setting aside time for yourself.”

To a lot of people I’m sure that sounds pathetic.  It’s humiliating. I mean…your self esteem might be in the tank. You might be a straight up mess and a half…but you’ll buy yourself the clothes that you want, right? You at least value yourself enough to do that much…But hold on though. Just a minute. My Catholic Guilt is elbowing her way to the front of the line because she needs to remind me that some people in the world don’t even have shirts. Cool, cool…

Do you know how times I’ve looked at my husband, tears welling, dragging my fingers through my dirty hair, and cried out, “I feel like I’m not even a real person”? I dunno, TEN THOUSAND times? And he doesn’t get it. He tries, but he’s completely baffled every time I say it. But are you a mom? I bet you get it. You might even get why I don’t allow myself to buy nice things if they are just for me.

Because here’s the thing…it’s not really about the shirt. It’s not about spending money on yourself. It’s about valuing yourself. Honoring yourself. Taking time for yourself and doing the things that make you happy and feel like a person. Okay, yes, sometimes it’s about buying a shirt because you like the damn shirt. 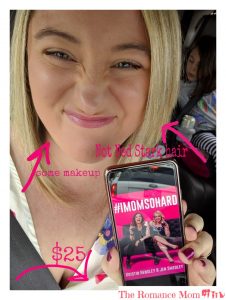 I spend most of my conscious hours running around like a disheveled lunatic, taking care of everyone else around me. Truth? I typed the last quarter of this post one-handed, laying on the floor, with my left hand shoved through the slats of a crib because my baby was awake and crying for the fourth time since she went to bed. It would’ve be so easy to chuck this in the fuckit bucket and quit. But I didn’t because writing this makes me feel like a person. Writing this is self care.

Yes, I’m a mom. It’s one of the most primal, sacred roles I’ll ever take on. But I’m still a person. And for anyone else who needs to hear it, you’re still a person too. 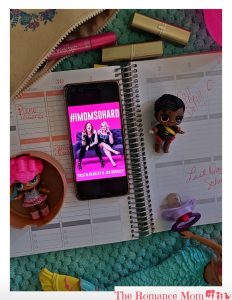 I just finished reading a book called #IMOMSOHARD by Kristen Hensley and Jen Smedly. It is GOLD. So funny and so, so real. If you aren’t familiar with these two, grab this book and then go check out their YouTube Channel/ Facebook Web Series because…self care. Let us unite as mothers in the comically ridiculous nature of our existence. Let us laugh until we cry and try not to pee in our pants.

If You’re Not Already Reading Romance: The Bride Test by Helen Hoang

I Still Want Myself

How Romance Novels Carried Me Through Infertility: Take 2