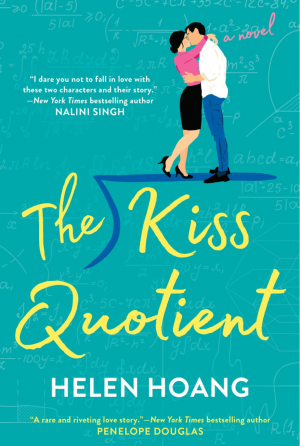 The Kiss Quotient by Helen Hoang

A 30-year-old econometrician, Stella Lane is a mathematical rock star who lives life in patterns and algorithms. And she happens to be on the autism spectrum. While her professional success has earned her EPIC BANK, her parents are starting to drop that ‘G’ word.  Grandkids. Which, for Stella, means a husband. Boyfriends. Dating. And SEX. But Stella’s sexual experience is…limited. Thus far, she has been less than impressed. Logic tells her she needs practice with someone who knows what he’s doing. Someone to teach her how to enjoy sex. So? She hires an escort.

Life hasn’t been too kind to Michael (Phan) Larsen lately and he has the weight of his family’s well-being on his shoulders. All of his personal ambitions have been put aside and the martial arts loving hottie finds himself making ends meet via a “less than respectable” occupation. So when the bewildering and utterly adorable Stella hires him for the night and proposes a much longer professional arrangement…he’s in no position to refuse.

But it doesn’t take long before Stella’s meticulous lesson plans settle into something that feels much more special. Stella + Michael = Love 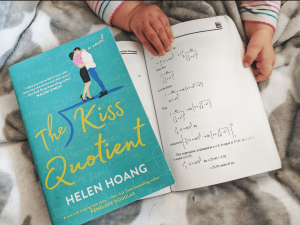 Before I say anything else I want to mention that in 2016 Helen Hoang was herself diagnosed with high functioning autism as an adult. In her author’s note she makes certain to emphasize that no person on the spectrum shares identical experiences but that Stella’s character is very much inspired by her own life.

What’s so beautiful about this book is that while, yes, Stella is indeed on the spectrum and therefore this is a significant element of the plot, this story is not about Stella’s autism. The book is about the love story of Stella and Michael. And it’s about Stella owning herself learning to love herself exactly as she is…and who can’t relate to that?

I’ve noticed recently that there does seem to be the tiniest glimmer of this kind of inclusion fighting it’s way into romance and general fiction. In the last two years I’ve read two other books wherein one half a romantic couple is on the spectrum. (The Rosie Project by Graeme Simsion and The Madness of Lord Ian Mackenzie by Jennifer Ashley) There are others out there too… Additionally, Helen’s next book will also feature a protagonist on the spectrum. The Bride Test is set to release in May of 2019. (Cannot wait for this one!)

Something else I loved? Let it be known that while Michael is a kick-ass martial artist, his true professional ambitions are in a field that might, by some, be considered “feminine”. So take that, Toxic Masculinity.

Storytelling is a uniquely human phenomenon. And, in my opinion, it is the best way to crack open closed minds and closed hearts. That we see positive representations of differences in popular media is just so important. Go Helen and The Kiss Quotient!

Beyond all that, this is just an excellent read. Helen’s style is bright and witty and honest. I recommend this book to everyone. However, if you’re not typically a romance reader, be advised…there is some explicit sexy time ahead.

Make some time for The Kiss Quotient! I don’t think you will regret it.